SP.PROJECT was responsible for the metallic structure design of two blow-up protection platforms for large-scale plane reactors, placed on the V5 viaduct of Tom Jobin International Airport. The last generation large-sized planes have a larger wingspan than the planes that existed at the time the viaduct was designed and, as a consequence of that fact, their reactors are no longer located in the range covered by the viaduct. These new structures, supported in balance from the sides of the viaduct, were designed to provide the necessary protection to the users that circulate underneath the viaduct.
Also within the scope of this contract was:
- The executive project of a set of metallic support structures for the rolling conveyors, which were installed in the Piers South A, B and Connector of the new Passenger Terminal and distributed between floor 1, landing, and floor 2, boarding;
- The design of a shed destined to bus parking.

The total weight of the designed metal structures was approximately 250ton. 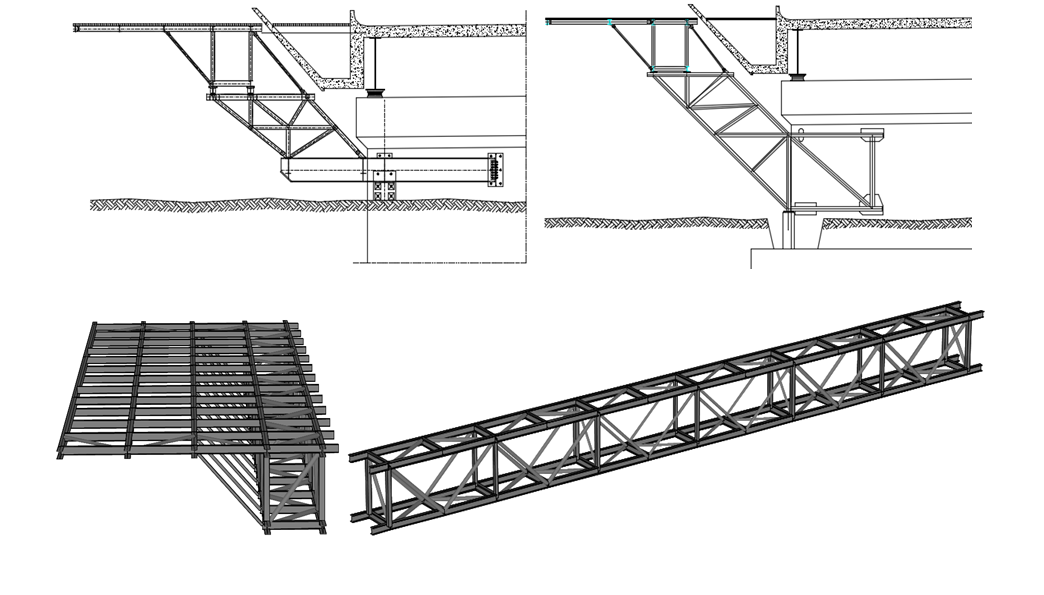 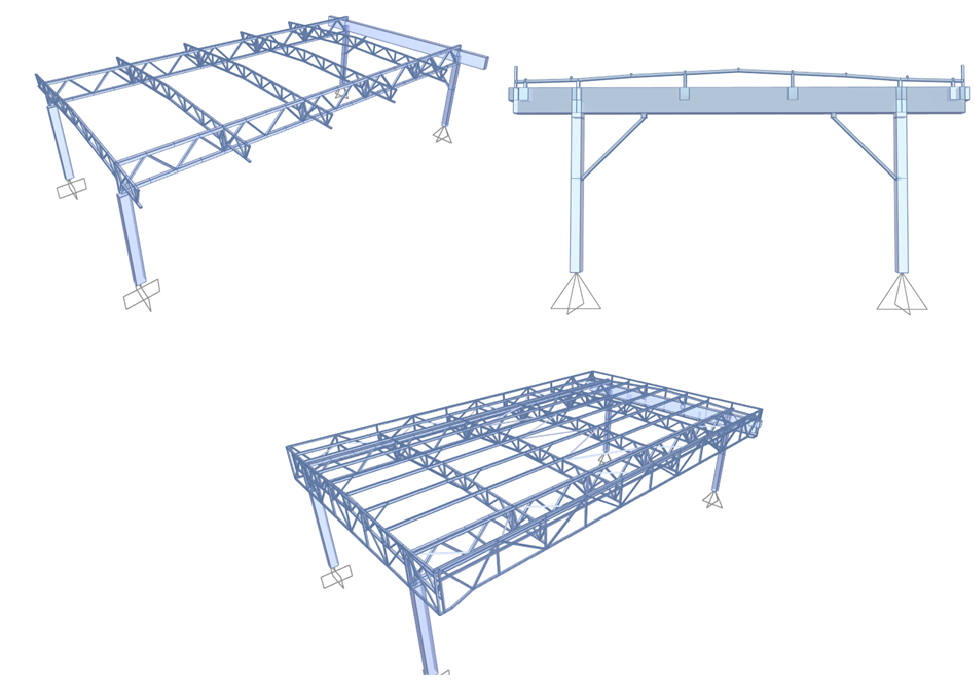 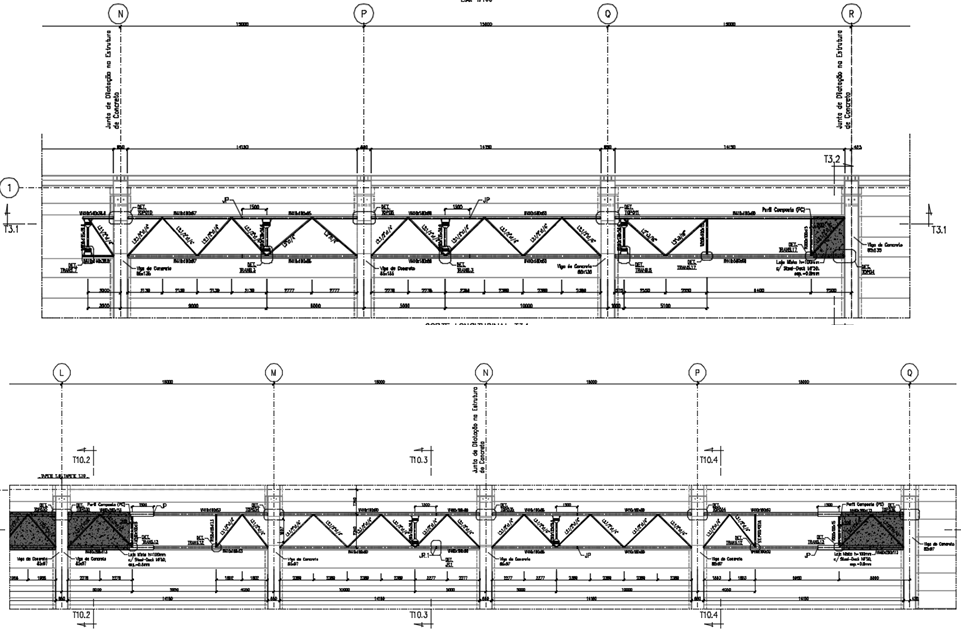 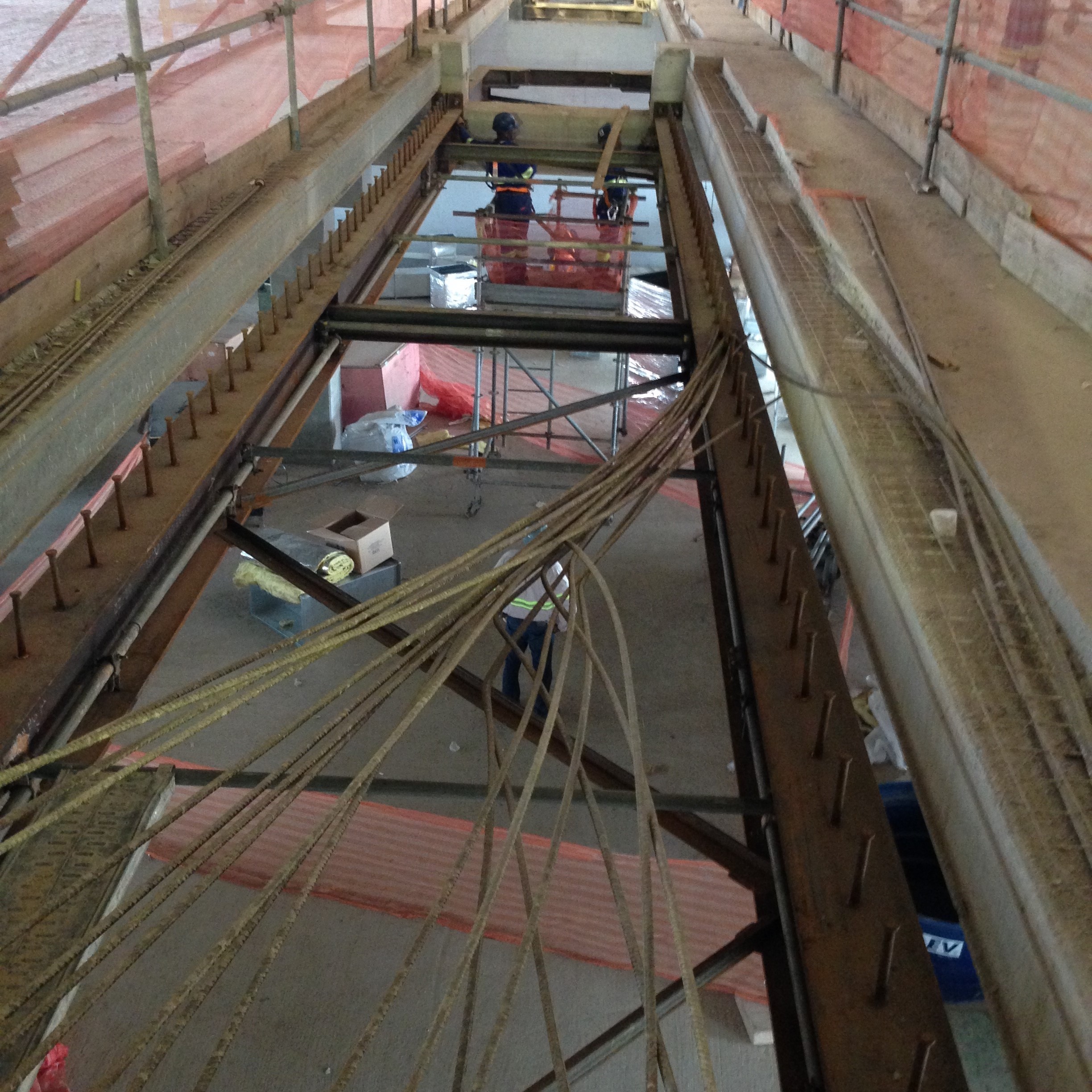