The Brazilian Paralympic Center is located in the Fontes do Ipiranga Park in São Paulo, Brazil.
SP.PROJECT was responsible for preparing the executive projects of the following metallic and composite structures:
- Roof for the Pool - Roof on which there is a partially landscaped public square for events. The main beams are composite (steel-concrete) and overcome spans of 44m.
- Roof for the sports courts - It is also an enclosed building where the metalic roof main triangular beams are all parallel and overcome spams between 20m and 36m.
- Roof of the Reception Building - The metallic structure of this roof consists of a set of radial beams that develop between two circumferential beams: a peripheral that accompanies the exterior wall of the building and another interior that runs around the lantern. None of the beams, radial and circumferential, are horizontal.
- Wavy Coverage - This is a metallic structure that covers the space between the buildings of the sports courts and the swimming pool.
SP.PROJECT was also responsible for the Quality Certification Project of several metallic structures built in this complex. The work consisted in evaluating the safety conditions of metal structures and, when requested, in the elaboration of constructive details that simplified and improved their performance. The following constructions were analyzed:
- Roof of the athletics track bleachers;
- Roof of the tennis court bleachers;
- Roof of the control cabin;
- Ameba of shading;
- Athletic track lighting support posts;
- Circulation walkway between the sports center and the residential area. 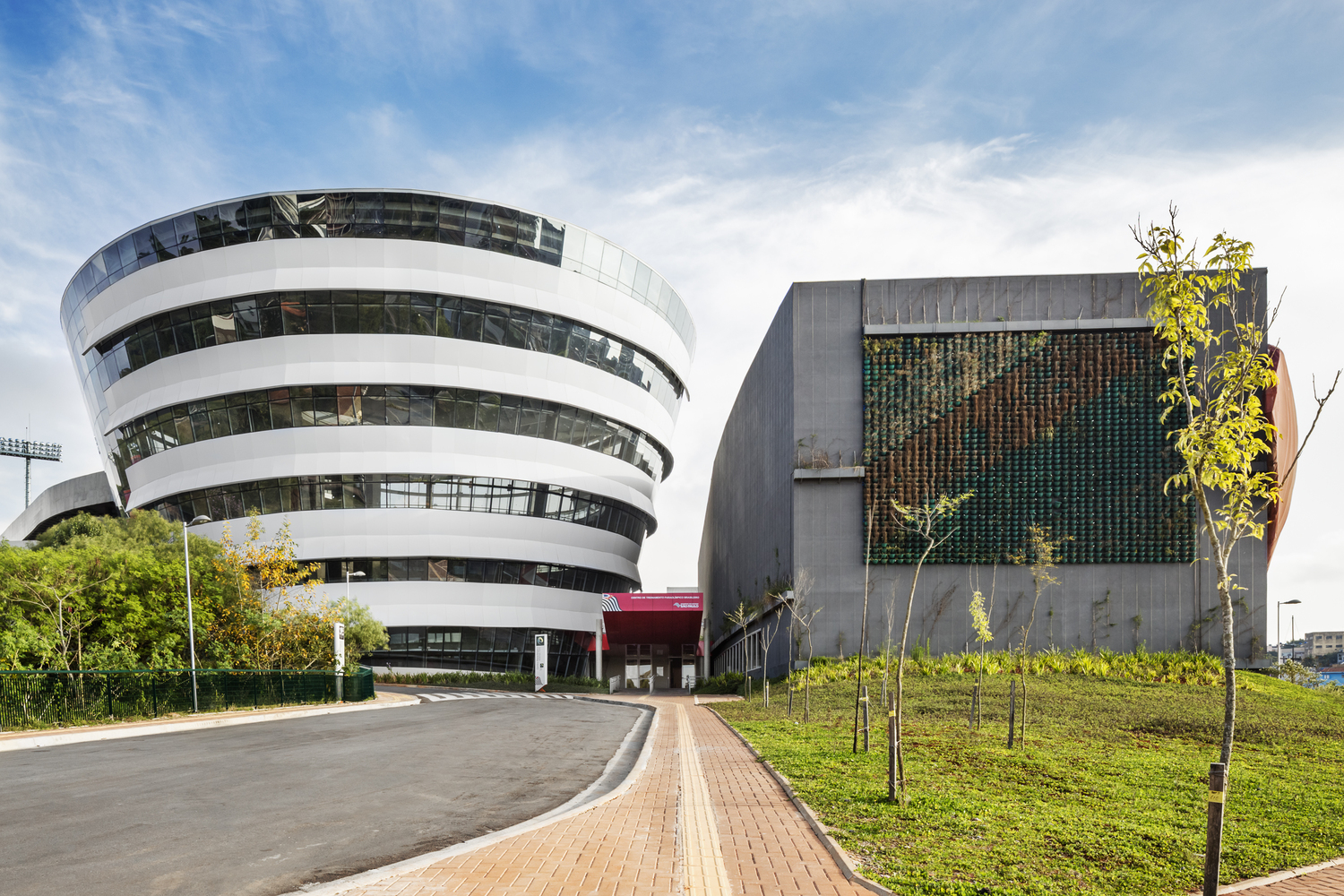 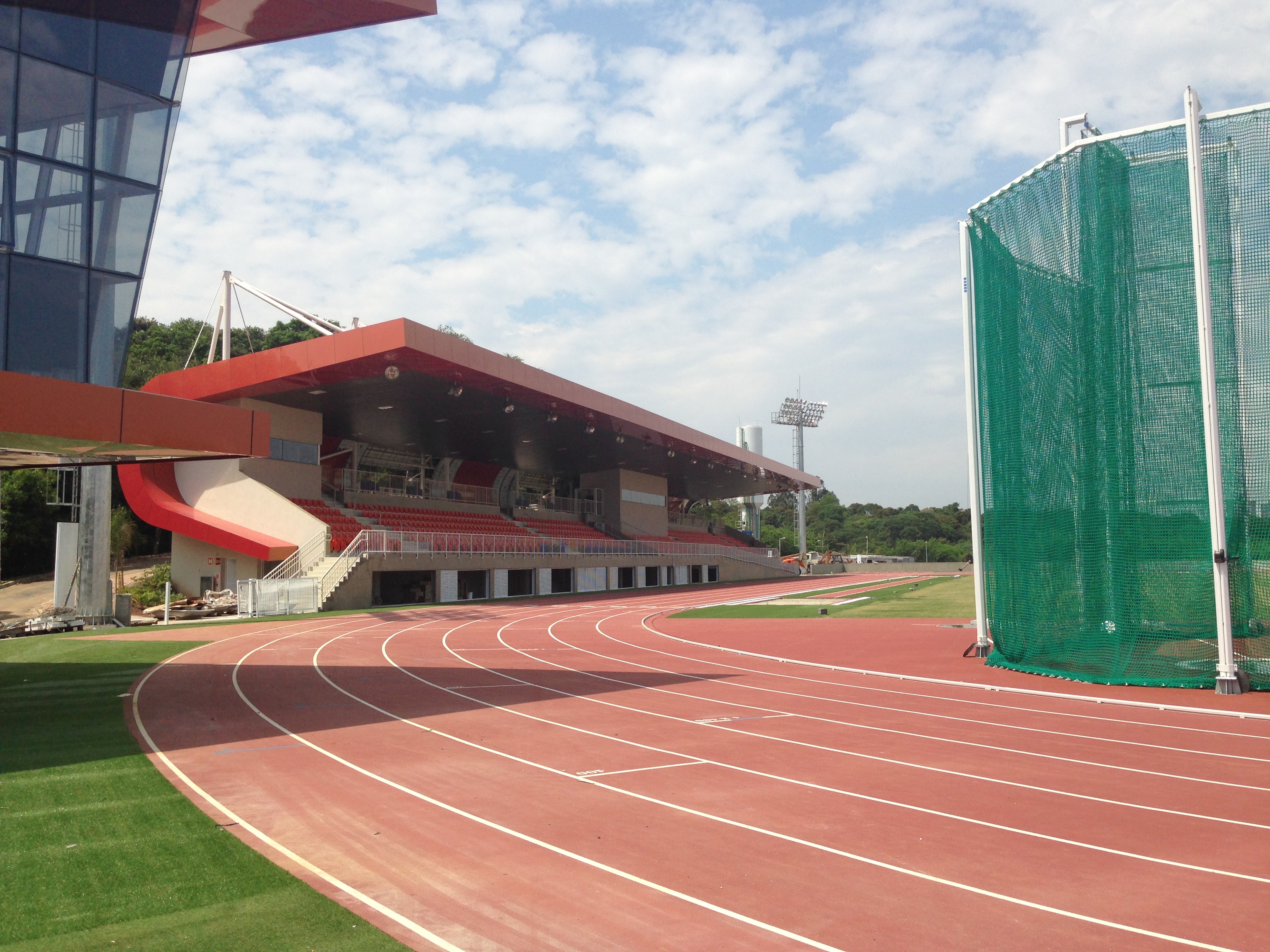 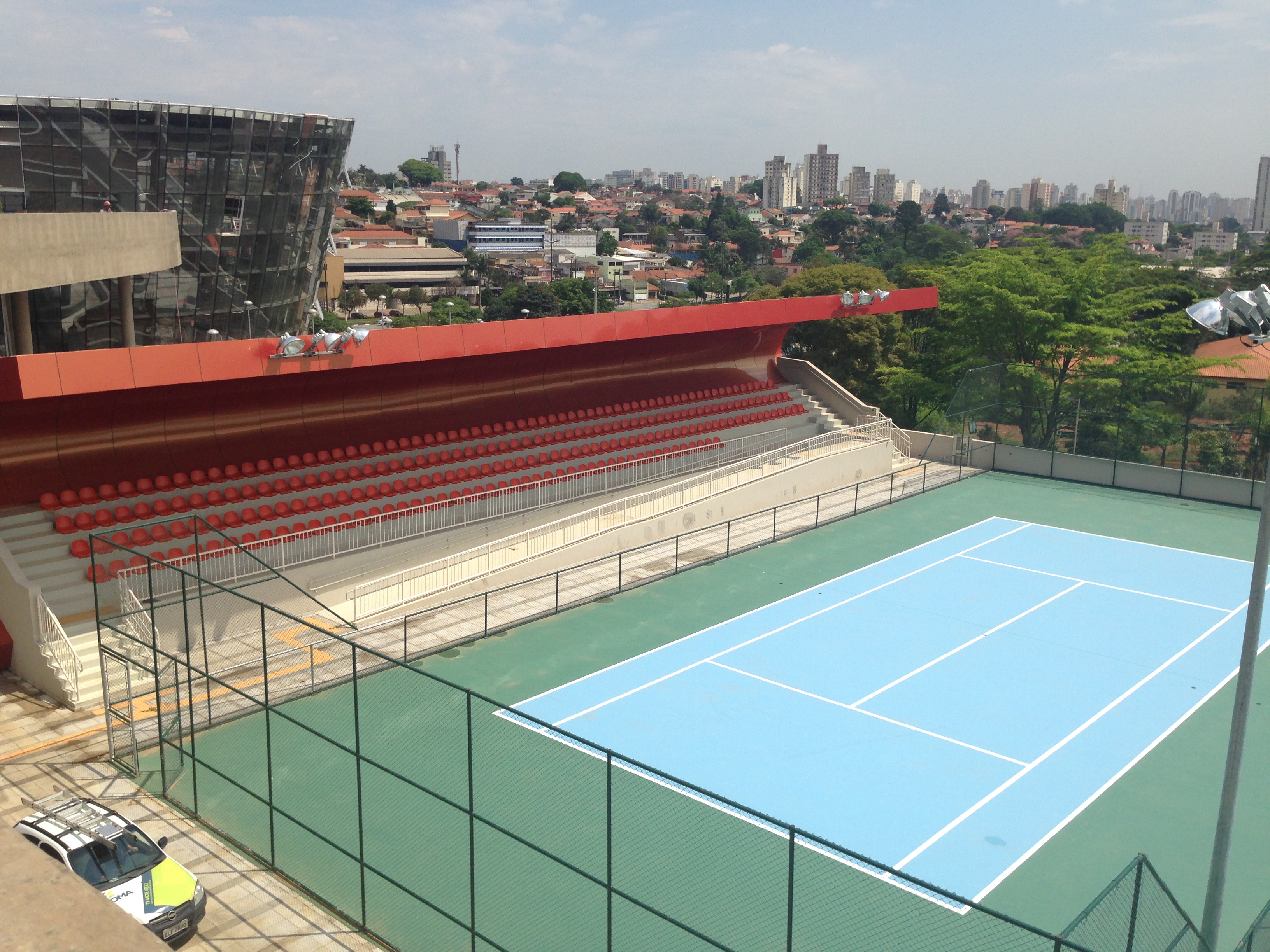 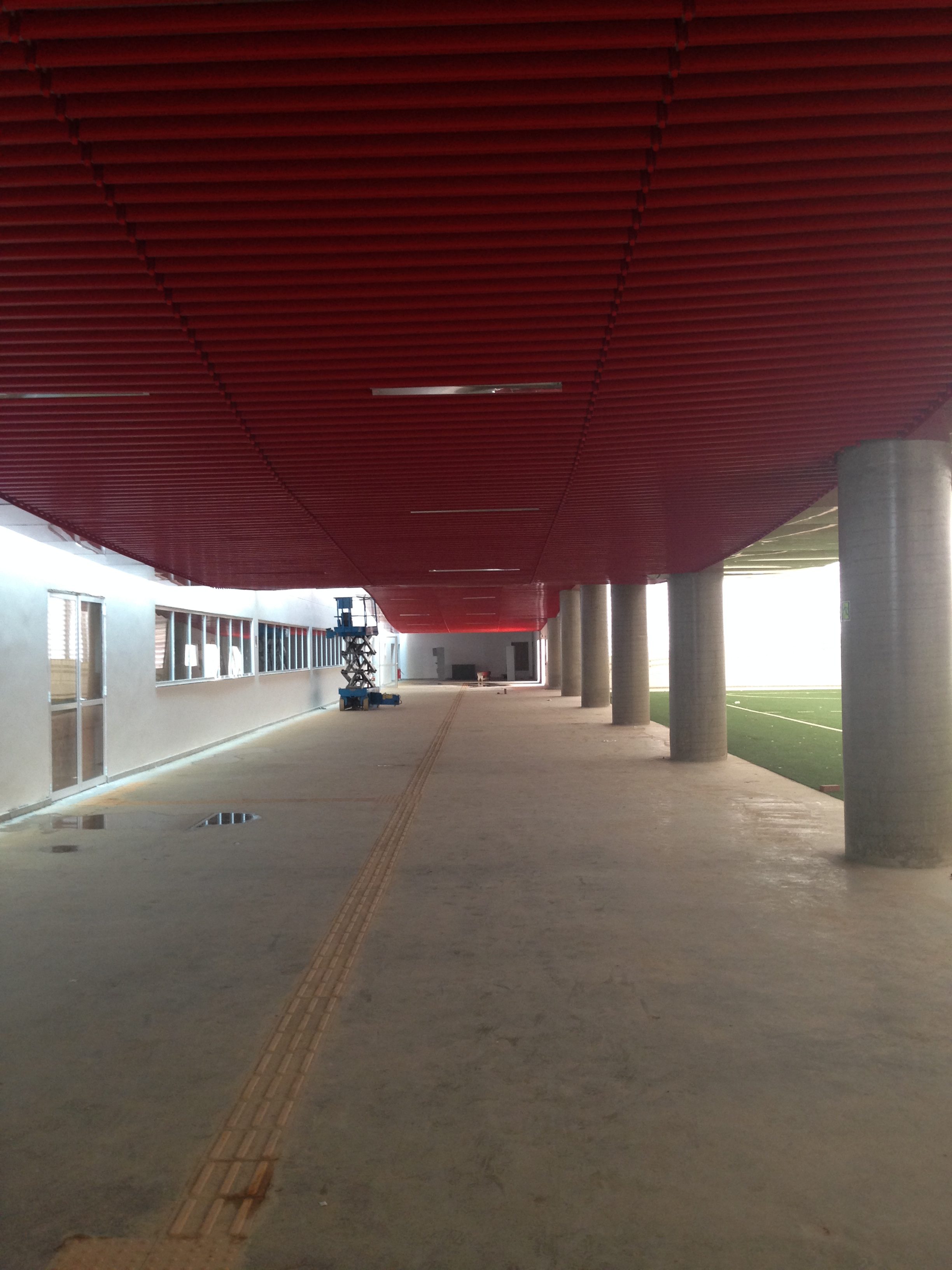 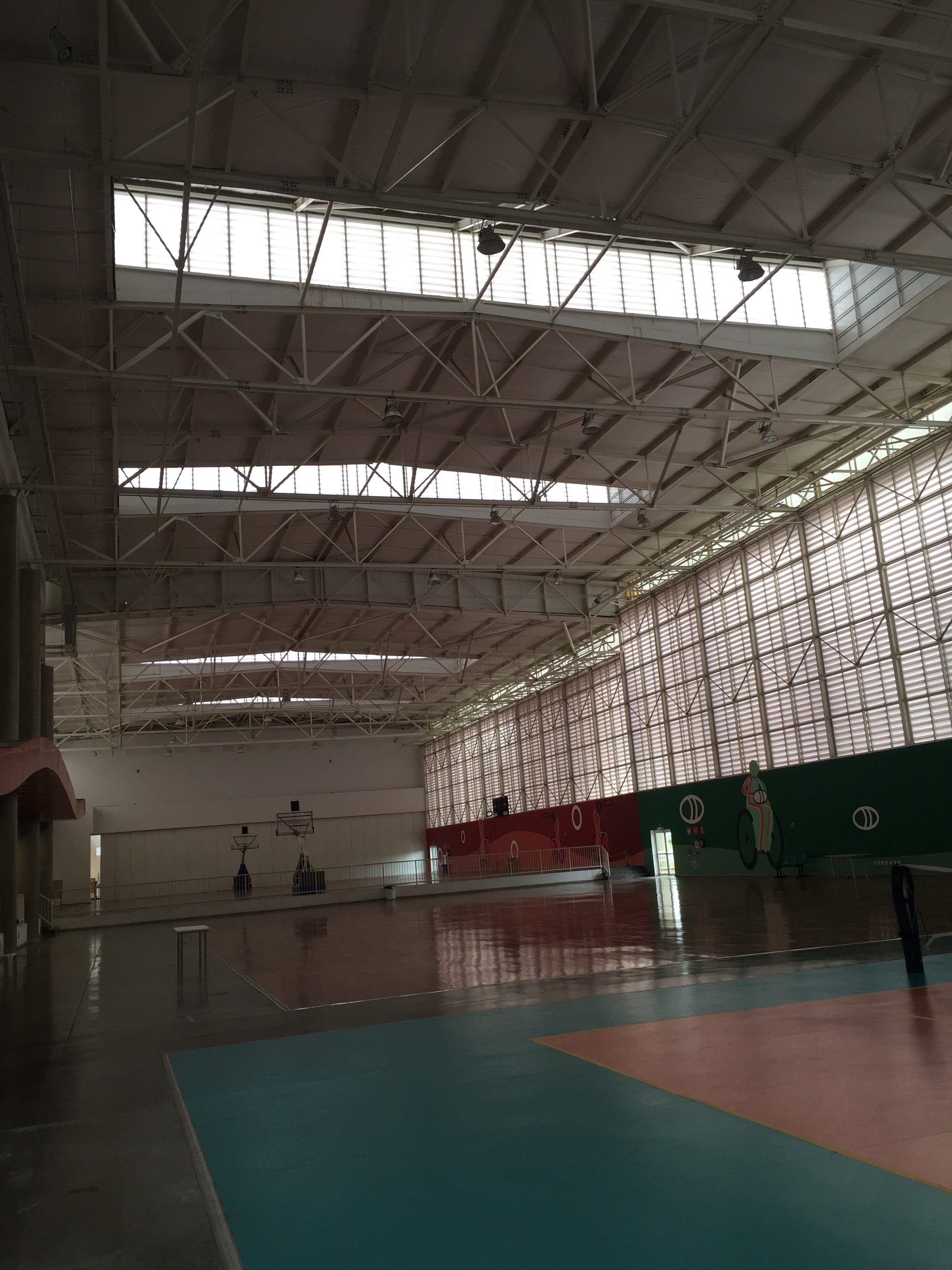 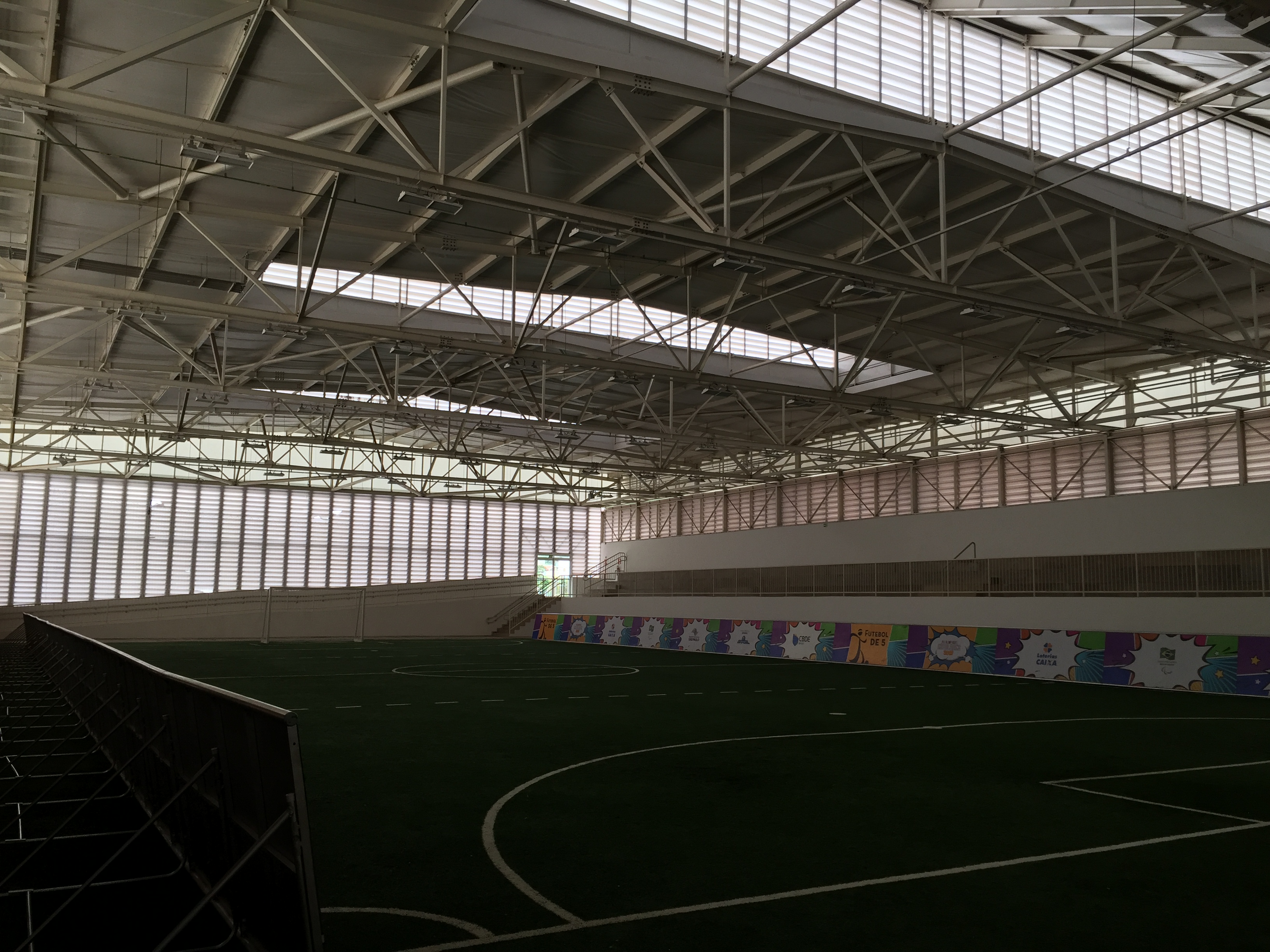 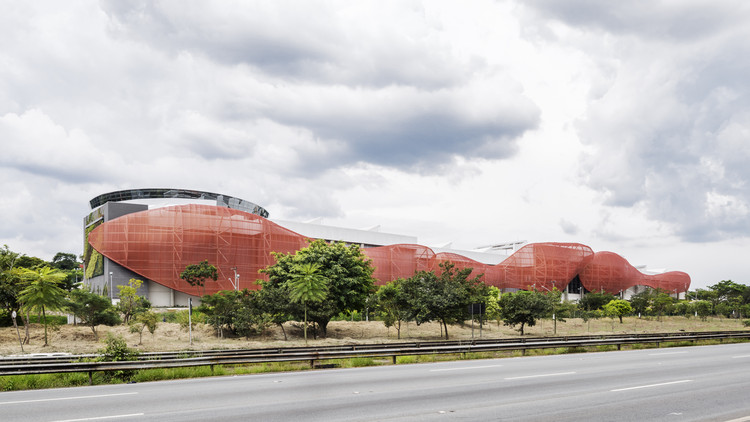