Viaducts in Sao Bernardo do Campo

These are three urban viaducts built in S. Bernardo do Campo county, in São Paulo.
The first of these, located on Robert Kennedy Avenue, has a total length of 155.2m, and a maximum span of 43.15m. The span structure of the independent two trays consists of 4 full steel beams, simply supported on the concrete pillars. The width of the trays is 8.9 meters.
The second viaduct, which develops along a sequence of straight lines and curves passing over Humberto Castelo Branco Avenue, is a double viaduct, with multiple continuous spans, with composite trays consisting of concrete slabs and a metallic box girder. Its total length is approximately 195 meters and the maximum span measures 35.0m.
The third viaduct, built above Praça dos Bombeiros, is a single board viaduct with multiple continuous spans, with a width of 16.5m. The board is composited, with concrete slab and four parallel beams, metal filled, I-shaped. In the interval between each pair of main beams there is a stringer parallel to them, which also gives support to the slab and overcomes the spans between the transversal beams. The total length of the board is 330.0 meters and its spans range from a minimum of 25.0 meters to a maximum of 93.0 meters. The pillars are of prestressed reinforced concrete.
The three viaducts support in deep foundations.
SP.PROJECT, in partnership with Planservi Engenharia, fully designed the last two viaducts and reviewed the first project, which also included the optimization of its design. 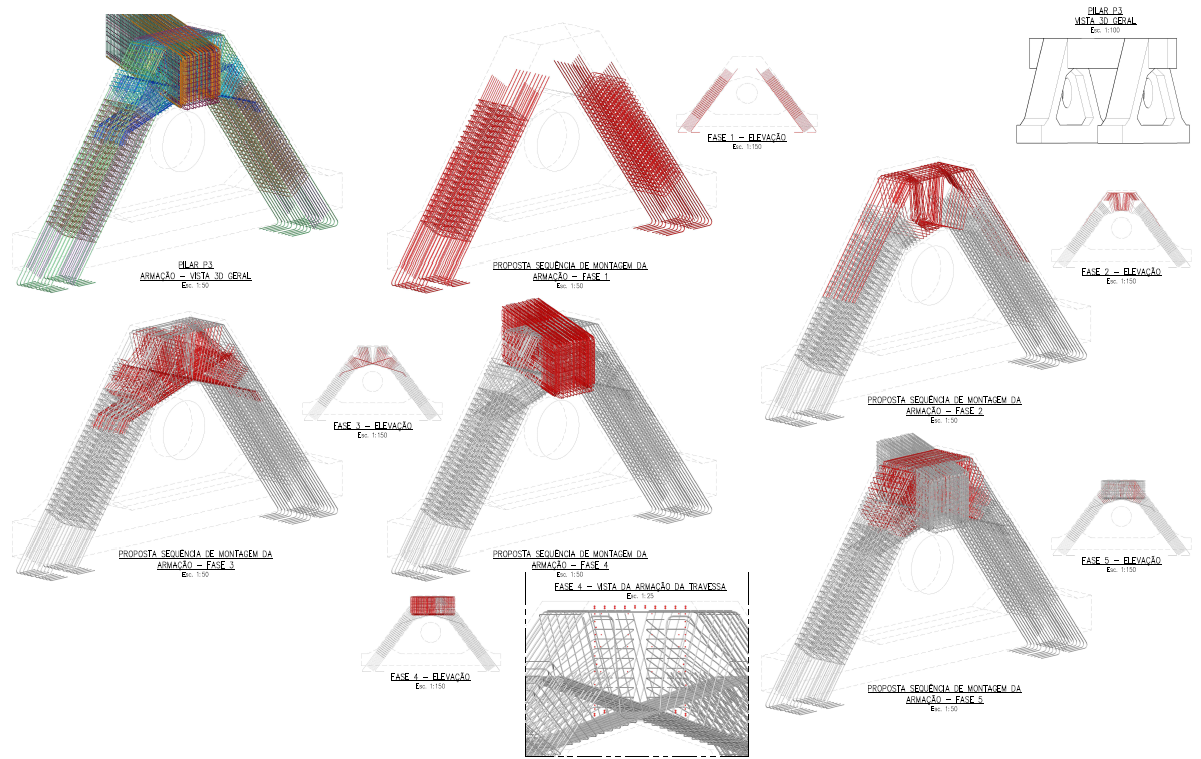 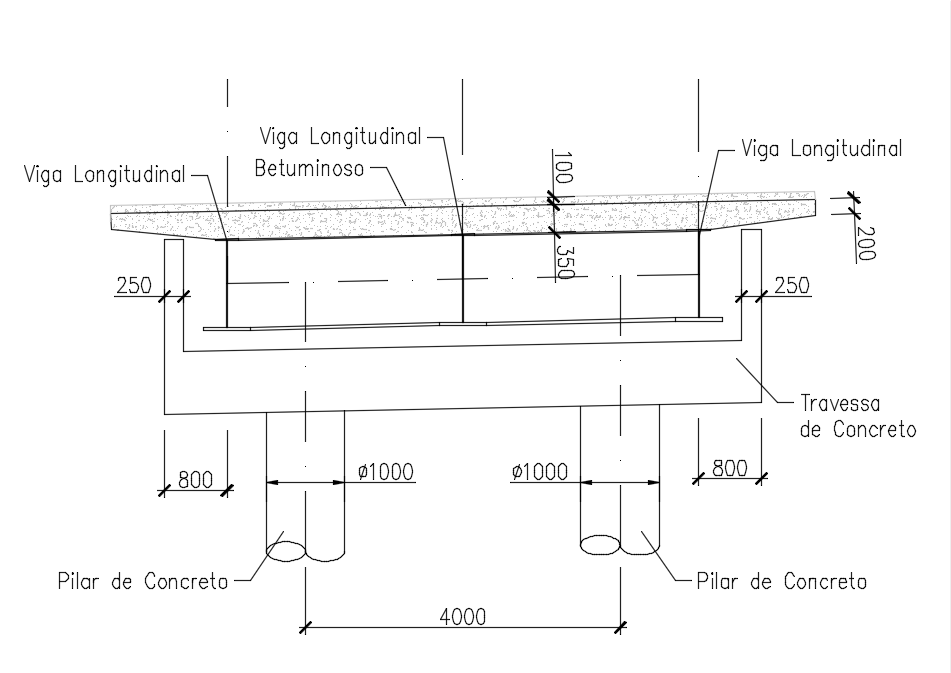 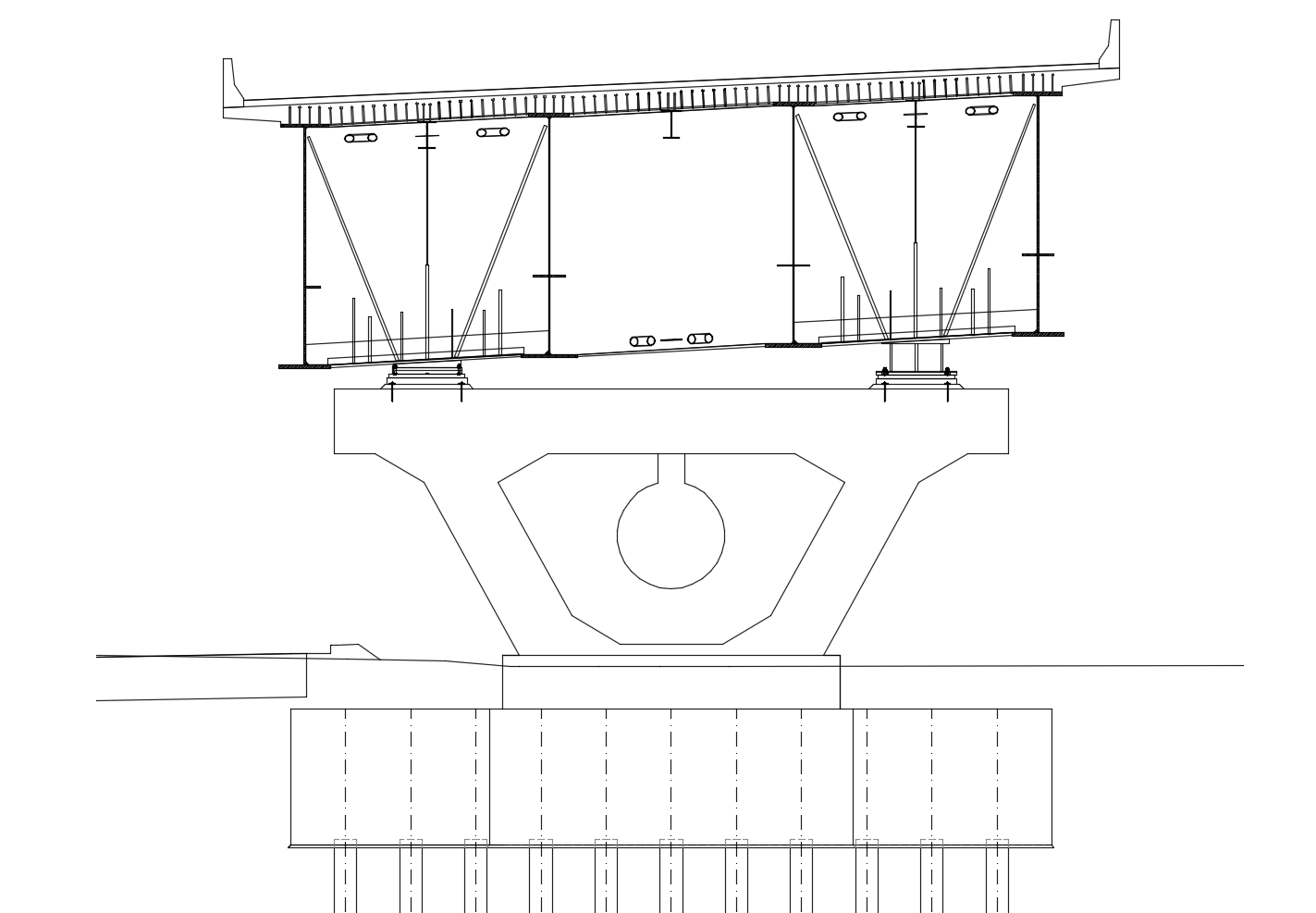 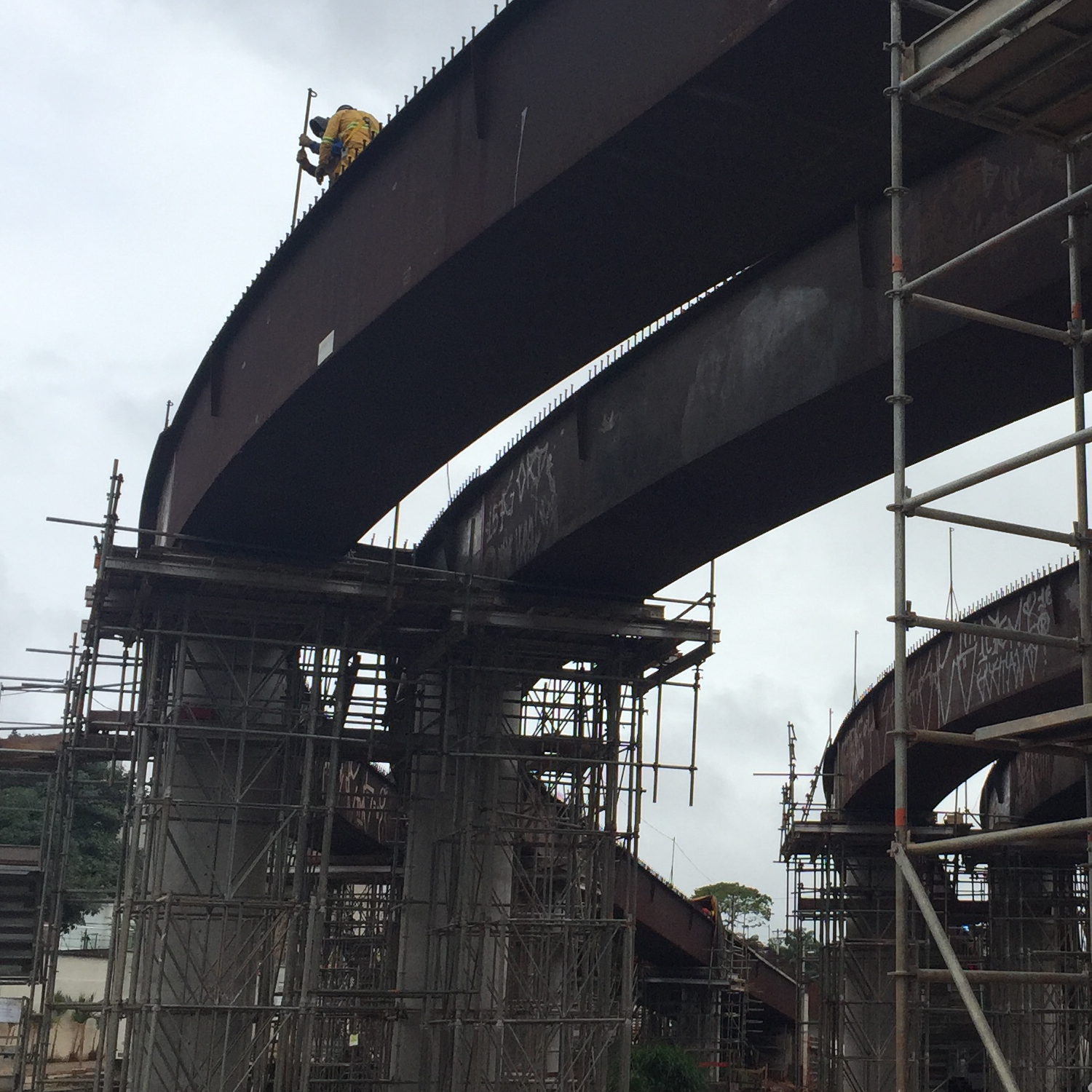