The New Basilica of the Divine Eternal Father is a large religious temple that is being built in the city of Trindade, state of Goiás.
The estimated gross building area is approximately 200.000m2, which includes the following construction plots:
a) Building of the Basilica;
b) Access viaducts;
c) The surrounding square to the building of the Basilica with one and/or two floors, totaling a building area of ​​61,000m2;
d) The theater building;
e) The 130m high bell tower, which will receive the largest bell in the world (with 55ton);
f) The covered parking area with two floors, including the access tunnel passing under the mass grave yard and under the adjacent surface parking lot;
g) The big Cross and support for the wake, including attached structures;
h) Stairs and ramps outside the surrounding square;
i) External retaining walls;
j) The direct pavements provided for the circulation of people and vehicles. 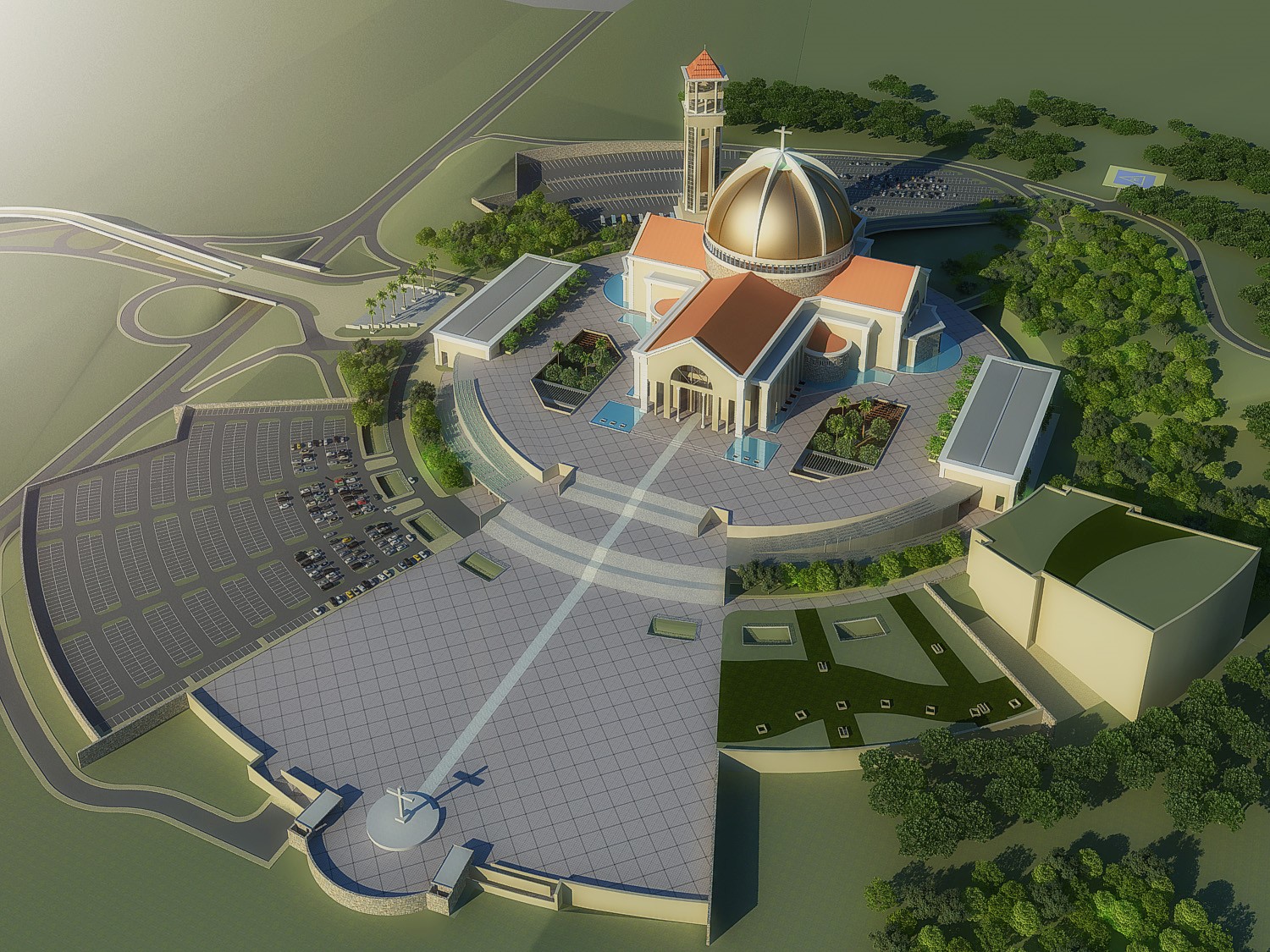 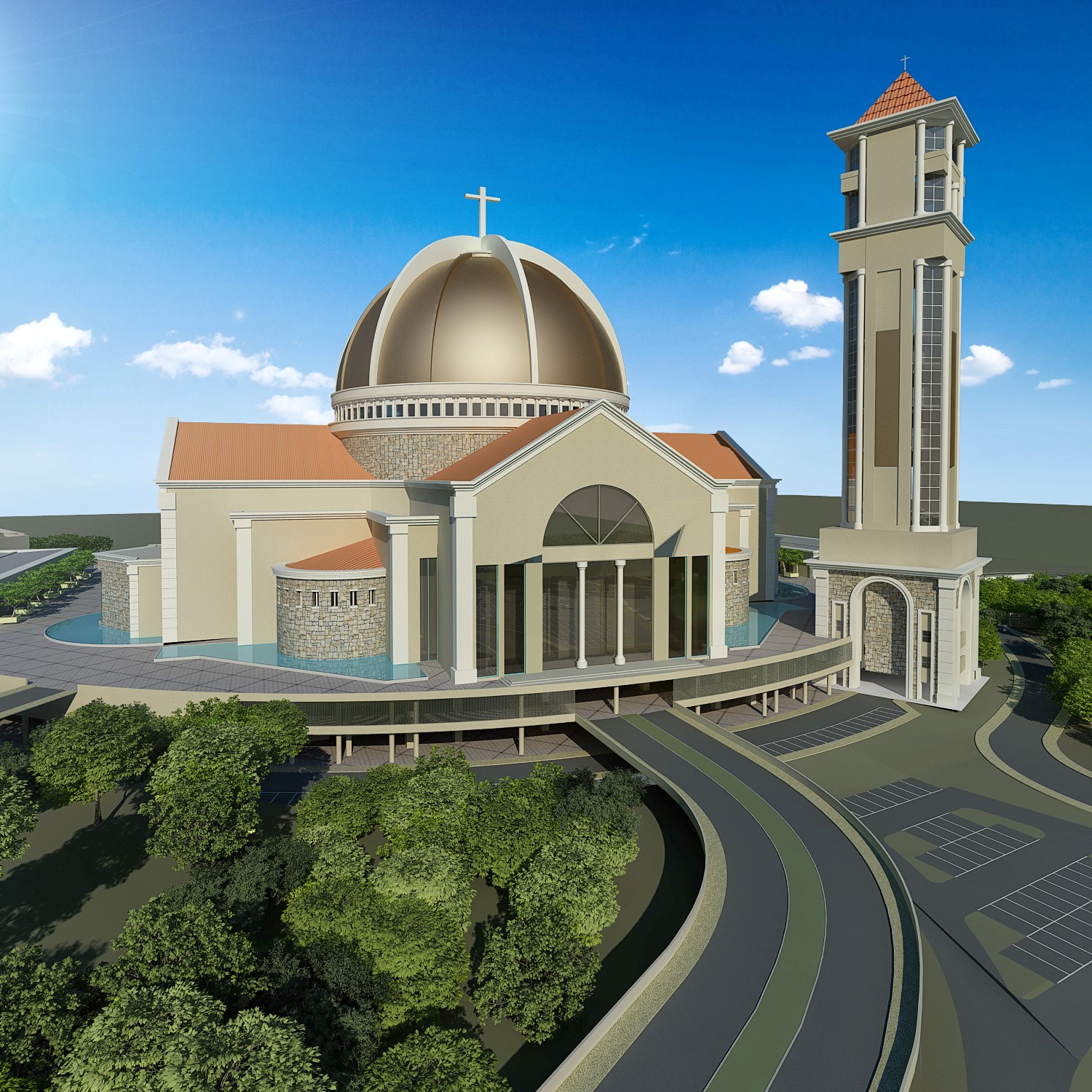 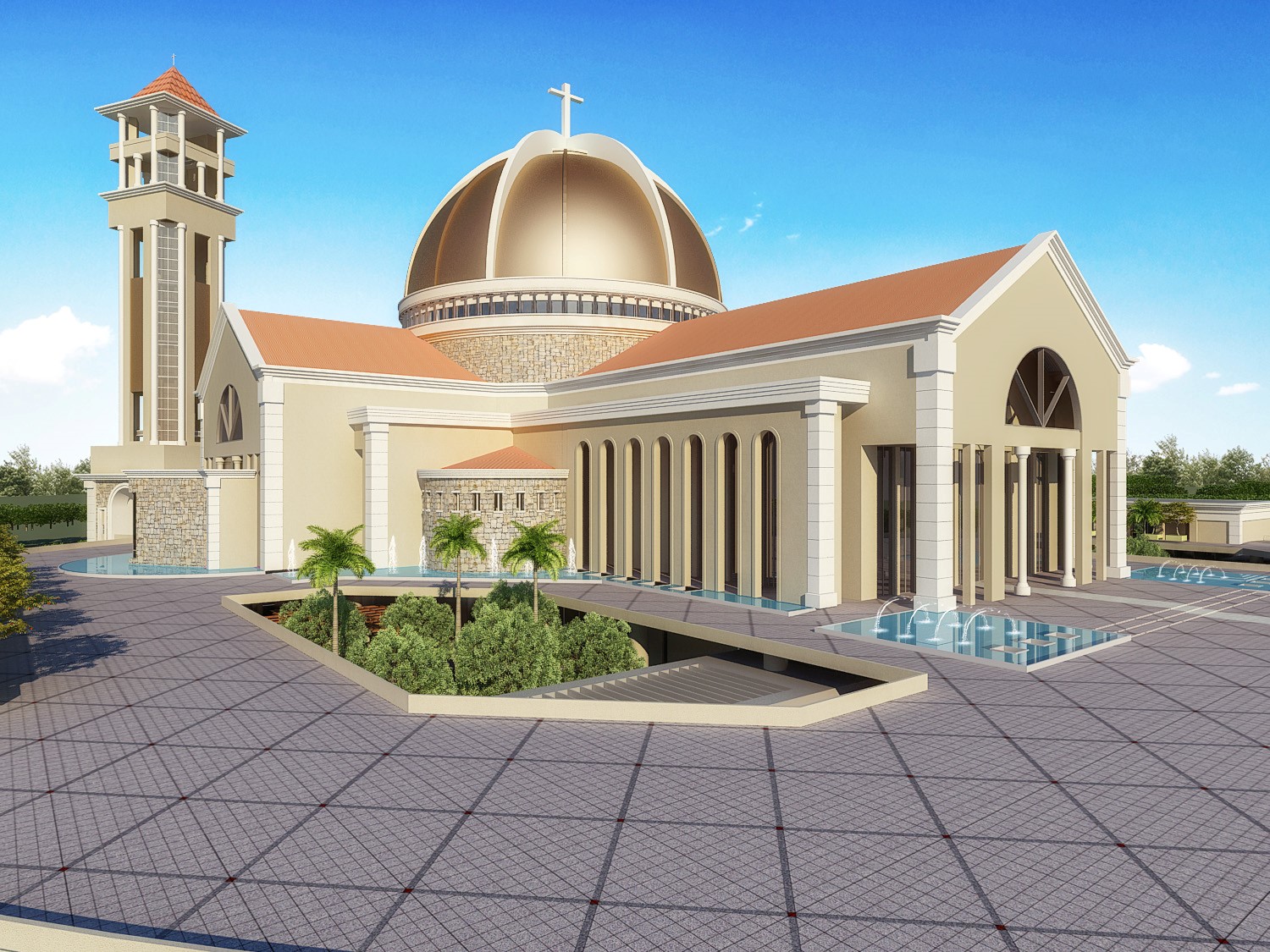 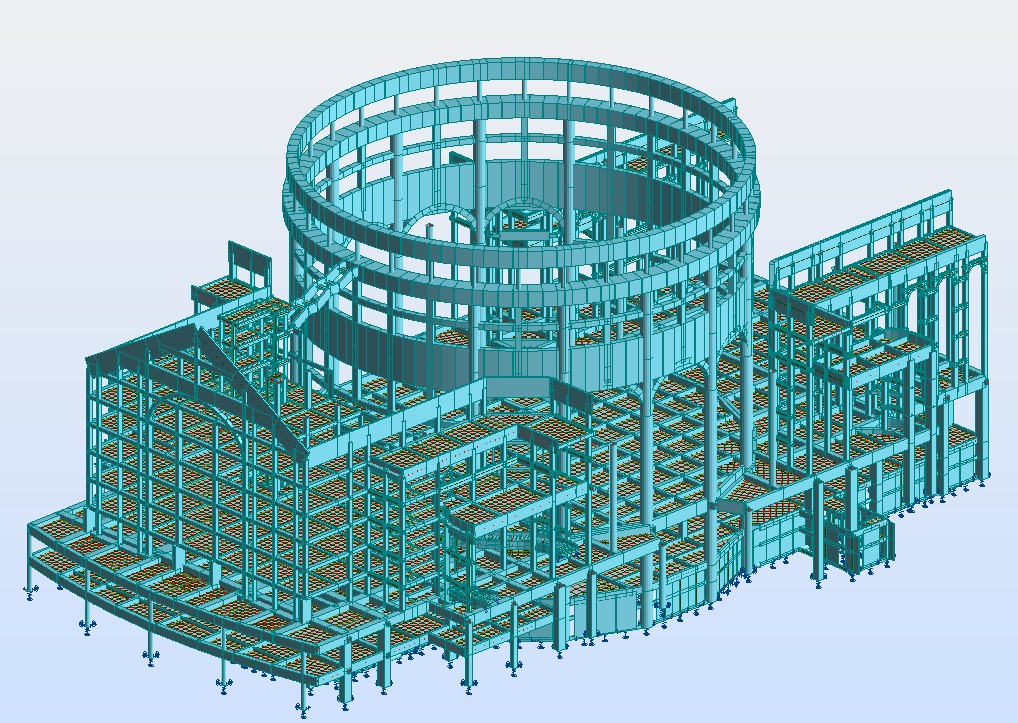 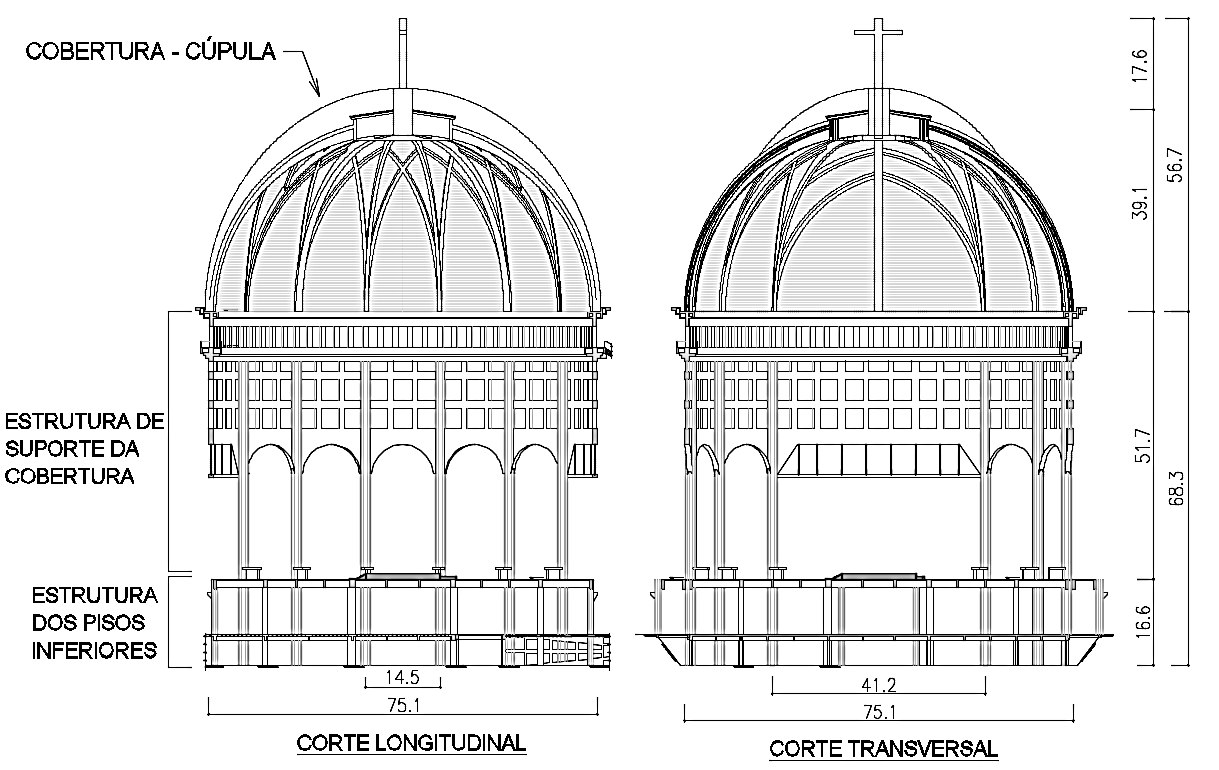 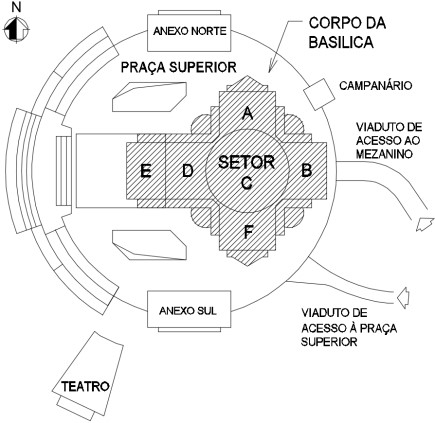